Dr.Pravati Mishra, born on 31th oct 1948 at Cuttack,Odisha is a prolific writer both in English & Odia language.Her father late Er.Dibya Singh Mishra was an eminent civil engineer under Odisha Govt. & mother late Chanchala Mishra was a novelist,poet & home-maker. Of ten children Dr.Mishra is the seventh one. Her siblings are engineer,doctors & professors.

She is married to Electrical Engineer, Naren Chandra Dash of village Atta in sukinda in jajpur district on 2nd june 1969.Her brother-in-law  Dr.Amulya Ch. Dash and engineer Antaryami Dash are staying in Cuttack and her only sister-in-law,Indumati Pati stays in Jiral, Denkanal district. Her daughter Pranati an eminent singer and Architect is married to Er.Tapas Kumar Panda who works in Fannie Mae company in Maryland,USA. Her son Pranab a software engineer in USA is married to Sasmita who manages an Indian Restaurant namely "Asian Fusion" in Brookfield, Wisconsin. Her grand daughter Yashna Panda is studing in Ohio university,Columbus,USA.She has three grandsons who are studying in U.S Elementary schools.

Dr.Pravati Mishra passed 10th in 1964 from Capital Girl's High School. She completed her Intermediate & Graduation courses in B.J.B College BBSR.She achieved her Master Degree in English from Ravenshaw College Cuttack in 1970, M.Phil Degree under Utkal university in 1989 & Ph.D Degree from Utical University in 1999. She was awarded diploma of Nrutyashree in 1962 and Nrutya Bhusan in 1964 from Kala Kendra Bhubaneswar.

Dr.Pravati Mishra Joined Odisha Education Service in 1971 as Lecturer in English in Ravenshaw College Cuttack on 23rd Aug 1971.Then she served continuously in Dhenkanal college,BJB College,Ramadevi women's College,D.D College Keonjhar,Baripada women's College.She was promoted to Class-I govt.service and joined as Reader in English in S B Women's College Cuttack on 17th Feb 1999. In addition to her normal duty she managed the Govt. Vocational Junior College in the campus of S.B Women's College from 2004 until her retirement. Students were admitted with special vocational subjects like Secretarial Practice initially and later Computer Education. Successful students from the vocational stream were admitted into graduation courses. On 1st June 2006 she was assigned the change of Principal ,S.B Women's College.She delivered her duty as principal efficiently until her retirement on 31st Oct 2006. During her tenure as principal she had organized Sahitya Academi Symposium on literature and social reform in Odisha on 26th July 2006.A book on Shailabala Das the daughter of Madhusudhan Das the great patriot who set up the first women's college in the state that is Sailabala Womens college in Cuttack. She had organized a seminar on Data Dissemination  assisted by Directorate of Census operations on 28th july 2006.Teachers,doctors and eminent persons took discussion on population of the State. The Red Cross society of the college has arranged health check up and blood donation camp in College premises. Innerwheel club organized eye test Camp and made an awareness among the students regarding eye care. The Ranger Team of the College had also launched a successful health camp.

With consistent pursuit she brought the officers in charge to expedite the completion of college play ground, handing over the newly constructed science block building and examination hall in the college premises. During her tenure the college website which was lying defunct was reconstructed with the assistants of Dr.Rabindranath Mishra and Smt.Puspanjali Kanungo. Free internet access was given to students.In sports,parade and Basketball Tournament College students won awards. 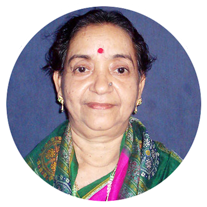 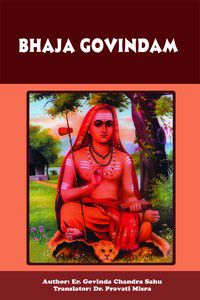